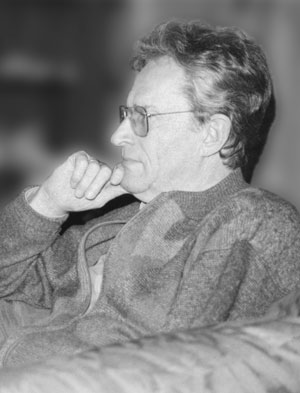 Clytus Gottwald was born in 1925 in Bad Salzbrunn, Silesia. He studied singing with Gerhard Hüsch and choral conducting with Kurt Thomas, and musicology, as well as sociology and Protestant theology. In 1961 he received his doctorate at Frankfurt under Helmuth Osthoff with a dissertation on the composer from the Netherlands school, Johannes Ghiselin-Verbonnet. From 1954–1958 he was assistant to the French choral conductor Marcel Couraud. From 1958–1970 he was choirmaster at the Church of St. Paul in Stuttgart. In 1960 he founded the Stuttgart Schola Cantorum, which he conducted until it was disbanded in 1990. Gottwald and the Schola earned an international reputation for their performance of avantgarde vocal music. Many composers wrote music for the Schola Cantorum, including Boulez, Ligeti, Schnebel, Kagel, Lachenmann, Holliger, Pen derecki, Reich, Ferneyhough and others. In 1968 Clytus Gottwald was appointed editor for new music at the former South German Radio in Stuttgart. In 1985 he was named Professor. He resigned his position with the radio in 1988. In 1974 Boulez selected him to be a member of the group which laid the groundwork for IRCAM in Paris. From 1961 until 2004 Gottwald was a fellow of the Deutsche Forschungsgemeinschaft and in this capacity his principle field of research has been music palaeography. He has published numerous catalogs, books and other writings. His musicalliterary heritage (scores, manuscripts, letters) is preserved in the Paul Sacher Foundation in Basel.