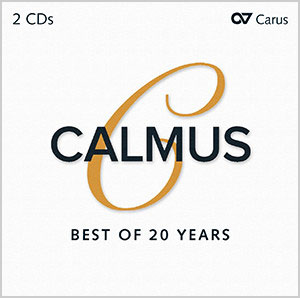 In April 1999 the first concert by Calmus Ensemble took place near Leipzig. Four young singers made their debut as an ensemble after their time in the famous St Thomas’s Choir. The beginning of an impressive career: scholarship holders of the Deutscher Musikrat, first prize in competitions in Germany, Spain, Finland, and the USA, workshops and master classes, 22 CDs, over 1,200 concerts in twenty countries. Since their concert debut in 1999, the line-up and number of members of the ensemble has changed several times (the current scoring of SATBarB has existed since 2004), but one thing has remained constant: blend, precision, lightness, and humor. These four characteristics are the hallmarks of Calmus, making the ensemble one of the most successful vocal groups in Germany. Their wide range of sound colors, joy in performing and kind of sound, but also their varied and imaginative programs delight audiences time and time again – both at home and abroad.

And the range of repertoire on this journey has been almost unlimited: shaped by the tradition of St. Thomas’s Choir, the singers are naturally at home in the vocal music of the Renaissance, the Baroque and the Romantic, but the music of our own time is also a major focus. Over the years Calmus has commissioned and premiered many compositions, including works by Paul Moravec (a Pulitzer prizewinner), Steffen Schleiermacher, and Wolfram Buchenberg.

For their 20th anniversary, a compilation with highlights from Calmus’ extensive discography is being released. Not only simply a ‘best of’, but a virtuoso look back at two outstandingly successful decades of Calmus Ensemble! 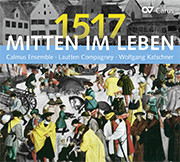 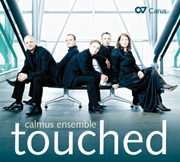