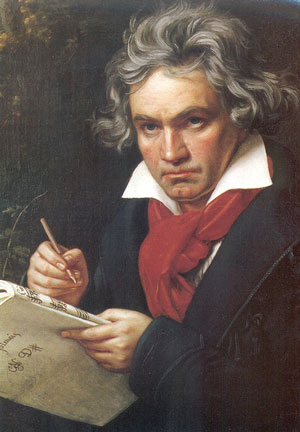 Ludwig van Beethoven was without doubt one of the most influential composers in the history of music. His works formed the culmination of many genres – particularly instrumental – of Viennese classicism, and laid the foundation for the following decades. But Beethoven’s vocal works set standards too: the late Missa Solemnis is one of the most impressive choral works of its time; but his earlier Mass in C also opens up new worlds of expression for the liturgical text, and set the benchmark for the further development in the composition of the mass. And with the final chorus of the Ninth Symphony, the setting of Schiller’s Ode to Joy, Beethoven created one of the most frequently-performed and best known choral pieces of all, writing a timeless musical memorial to himself.