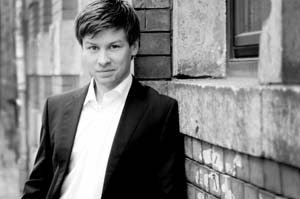 Oliver Kaden received his early musical training in the Dresdner Kreuzchor. After passing his secondary school examinations he took lessons with Mario Hoff in Weimar before studying singing in Dresden with Piotr Bednarski. The young tenor performs with ensembles such as the Collegium Vocale Gent under Philippe Herreweghe, the Dresdner Kammerchor, Dresdner Barockorchester, musicians from the Dresden Philharmonic, and others. He has sung under conductors including Hans-Christoph Rademann, Sir Roger Norrington, Ekkehard Klemm, Ludwig Guttler, and Asher Fisch. On stage he has performed Pyramus in Pyramus and Thisbe by John Frederick Lampe at the Landesbühnen Sachsen. He has also sung Ottokar in Johann Strauss’s The Gipsy Baron and Freddy Eynsford-Hill in Lerner and Loewe’s My Fair Lady at the Mittelsachsisches Theater in Freiberg.