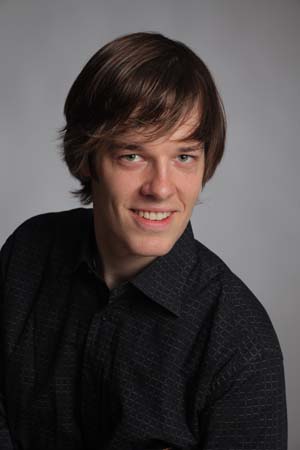 Alto Stefan Kunath (b. 1987), a former member of the Dresdner Kreuzchor, studied singing with Margret Trappe-Wiel in Dresden and attended courses given by Paul Agnew, Wolfgang Katschner, Monika Mauch, a.o. During his music studies he sang Hamor in Handel’s Jephtha and the title role in Gluck’s Orfeo ed Euridice. In 2011 he made his debut at the National Theater in Brno as Amor in the premiere of La Dafne by Zouhar und Hanzlík and sang in Baroque opera productions at the Ekhof Festival, Gotha in 2012. He has a particular interest in 17th and 18th century music and performs with ensembles including Sächsisches Vocalensemble, Dresdner Kammerchor and Lautten Compagney Berlin.