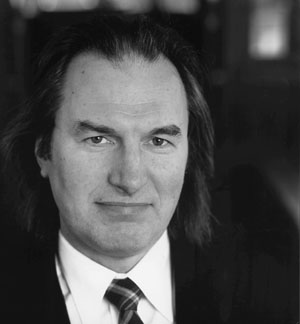 For twenty years Tõnu Kaljuste (conductor) was artistic director and principal conductor of the Estonian Philharmonic Chamber Choir, which he founded in 1981, and the Tallinn Chamber Orchestra. Kaljuste has also been chief conductor of the Swedish Radio Choir and the Netherlands Chamber Choir. He has directed international choral seminars and workshops for several years and has worked as a guest conductor with leading orchestras and choirs throughout Europe, Australia and America. As well as immersing himself in the music of the great northern and eastern European moderns, such as Schnittke, Kurtag, Penderecki, Rautavaara and Kancheli, he has a deep affinity with the composers of his native Estonia, including Pärt, Tüür, Tormis and Eller. He has established an international reputation with his wide-ranging repertoire from opera, via the traditional symphonic repertoire to contemporary music. His numerous recordings have won many awards and have been nominated for Grammy awards. In 1999 he received the Cannes Classical Award in the category “Best 20th Century Choral Music” for his recording of Alfred Schnittke’s Psalms of Repentance. In 2004 he was awarded first prize by the Estonian State Foundation “Kultuurkapital.” The same year he became artistic director of the Nargen Festival, an annual, three-month long musical event on the coast of Estonia. He is a member of the Royal Swedish Academy of Music.