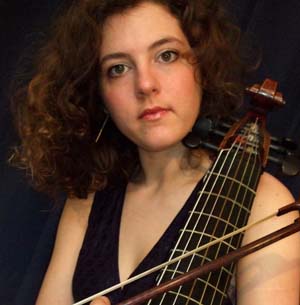 Frauke Hess studied musicology in Hamburg, then began studying the gamba in 1999 with Sarah Cunningham and Hille Perl. She also attended masterclasses with J. Savall, W. Kuijken, P. Pandolfo and V. Ghielmi. Since 2000, she has been a freelancing musician, both as a soloist as well as ensemble musician, has performed on many renowned festivals with groups such as Musica Antiqua Koln, Deutsche Kammerphilharmonie, Orlando di Lasso Ensemble, Balthasar Neumann Ensemble, Freiburger Barock Consort a.o. She has made numerous CD and radio recordings. Frauke Hess was a prizewinner at the 3rd International Telemann Competition. In 2007, she graduated with distinction in the Early Music Department in Bremen with Hille Perl. Her first solo CD appeared in 2012 with works Buxtehude, Erlebach, Kuhnel, a. o.