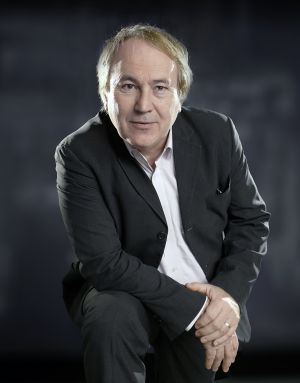 Frieder Bernius’s work has earned great worldwide recognition. He is in demand internationally as a conductor and as a teacher. His principal artistic collaborators are the ensembles he founded himself, the Kammerchor Stuttgart, the Barockorchester Stuttgart, the Hofkapelle Stuttgart and the Klassische Philharmonie Stuttgart. As a guest conductor, he has collaborated repeatedly with, for example, the SWR Vokalensemble Stuttgart, the Deutsche Kammerphilharmonie Bremen, the Stuttgarter Kammerorchester and the Streicherakademie Bozen. Great stylistic versatility is Frieder Bernius’s hallmark. Whether he conducts vocal works by Monteverdi, Bach, Händel, Mozart, Beethoven, Fauré and Ligeti, stage music by Mendelssohn or symphonies by Haydn, Burgmüller and Schubert, his work always aims for a sound that is at once unmistakably personal and at the same time oriented towards the original period sound ideal. He devotes himself equally to the rediscovery of 18th century operas and to first performances of contemporary compositions. He is particularly interested in the musical history of southwestern Germany. Carus-Verlag has awarded Frieder Bernius a Golden CD for his complete recording of the sacred music of Felix Mendelssohn Bartholdy. The award was presented to him during the German Choir Festival in Stuttgart 2016. The sale of over 250,000 recordings, which has been acclaimed with a number of awards, has made a not insignificant contribution to what today is the obvious presence of Mendelssohn's complete œuvre in the concert repertoire.