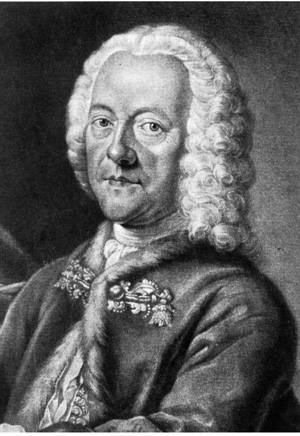 Telemann's extremely rich compositional output, the fruits of three quarters of a century's work, encompasses almost all genres of music; in his vocal works it ranges from songs with basso continuo accompaniment to chamber and church cantatas, and to opera. In his own assessment, church music played a central role in his output; he alone probably composed over 1,600 church cantatas, as well as cantata-style funeral music settings (such as Du aber, Daniel, gehe hin), psalm settings (for example, Deus judicium tuum) and oratorios. Throughout his works Telemann showed himself to be a progressive composer, open to new trends and keen to experiment whilst exploring new directions; not without reason was he called a forerunner of classicism. However, his compositions constitute only a part of his importance to music history: as a music publisher, the author of publications for teaching, the director of middle-class music societies and initiator of public concerts, he made a considerable contribution to creating the preconditions for the support of the musically-educated middle classes in the ensuing era of music.