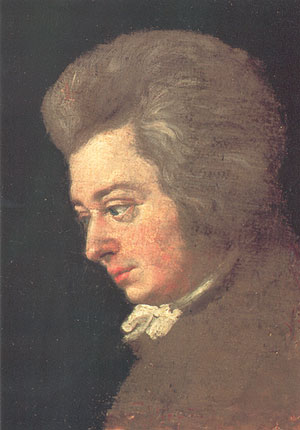 As the son of the deputy Kapellmeister to the Salzburg Prince-Archbishop, Mozart was constantly surrounded by church music in his youth. On his travels Mozart became familiar with Italian church music, and later in Vienna he studied the works of Bach and Handel. After moving to Vienna he was faced with the new challenges of composing opera and piano concertos, and significantly the “C Minor Mass” KV 427, the greatest sacred work of the first Vienna years, remained unfinished. The last period of his life again shows a change of direction to church music: Mozart successfully applied to succeed the terminally ill Leopold Hoffmann as Kapellmeister at St Stephen's Cathedral, but he was unable to take up the position as he died before Hoffmann. A gem such as the “Ave verum” KV 618 and the incomplete Requiem KV 626 give us an idea of what Mozart might have achieved as a composer of sacred music if he had taken up this important position.