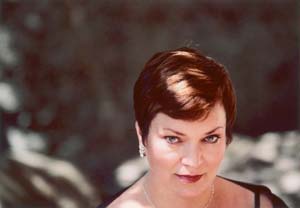 Born in Montreal, Dominique Labelle first rose to prominence as Donna Anna in Peter Sellar’s production of Mozart’s Don Giovanni, which she performed in New York, Paris and Vienna. Since then she has been celebrated in a repertoire ranging from Bach to 2006 Pulitzer Prize winner, Yehudi Wyner. She has worked with such conductors as Boulez, Zinman and McGegan and is a regular guest soloist in Europe. Highlighting her wide-ranging repertoire are acclaimed performances of Handel’s Belshazzar and Bach’s St. Matthew Passion, as well as works by Mahler, Verdi’s Requiem and Wyner’s songs. She has been enthusiastically received in Göttingen in several roles, including the title-role in Handel’s Rodelinda (2000) and Armida in Rinaldo (2004), as well as Angelica in Orlando (2008) and in the 2001 world premiere of Handel’s Gloria. Notable successes in the operatic field have included the title-role in Lucia di Lammermoor and Violetta in La Traviata. Her discography features works spanning the 17th and 21st centuries; a recording of Handel’s Arminio was awarded the Handel Prize in 2002.