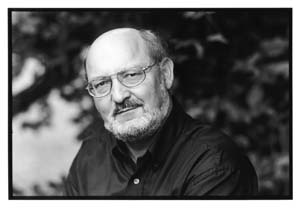 Fritz Näf studied solo singing at the Musikhochschule in Zurich and Freiburg/Breisgau and attended master courses given by Jenny Tourel and Ernst Haefliger. As a tenor he appeared in concerts in many parts of Europe, while continuing his studies as a choral and orchestral conductor. Between 1976 and 1986 he taught solo and ensemble singing at the Schola Cantorum Basiliensis, where he founded the Basle Madrigalists in 1978. Between 1986 and 2000 first he was director of the Winterthur Music School and Conservatory, and subsequently rector of the newly established Hochschule for Music and Theater in Zurich. Since December 2000 Fritz Näf has been full-time artistic director of the Swiss Chamber Choir (founded in 1997) and the Basle Madrigalists. He also continues to appear as a guest conductor with various choirs and orchestras.