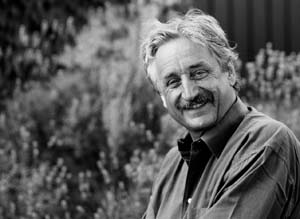 Ludwig Güttler is one of today’s leading virtuosi on the trumpet and corno da caccia. Through his wide and diverse range of interests he has also achieved worldwide renown as a conductor, scholar, promoter, and patron. After studying in Leipzig, he was appointed principal trumpet in the Handel Festival Orchestra, Halle, in 1965. He held a similar position in the Dresden Philharmonic from 1969 to 1980. He has taught at the International Music Seminar in Weimar and as Professor at the Musikhochschule Dresden. He directs opera productions and master classes, and is a regular jury member at leading competitions. As a soloist and conductor, Ludwig Güttler has an enthusiastic following both in Germany and abroad. He has made over fifty highly-acclaimed recordings, where he is featured as a chamber musician, soloist, and conductor. Since the early 1980s he has had a particular interest in the revival of 18th century Saxon court music. Thanks to Güttler’s researches the concert repertoire has been enriched by numerous forgotten or previously unknown works of this period. Following an analysis of the materials used in early instruments, Ludwig Güttler made a considerable contribution to the new development of the corno da caccia. In 1976 he founded the Leipzig Bach-Collegium, in 1978 the Ludwig Güttler Brass ensemble and in 1985 the chamber orchestra Virtuosi Saxoniae, of which he is director and soloist. For the last twenty years, choral symphonic concerts which he directs and guest conducts have formed an increasing part of his activities. Ludwig Güttler has received numerous awards for his many achievements. He was awarded the Record Prize of the Deutsche Phonoakademie Hamburg in 1983 for the “Discovery of the Year,” and in 1989 the Frankfurt Music Prize for exceptional achievements in his specialist area, as well as in national and international musical life. As chairman of the committee of the Society to Support the Reconstruction of the Frauenkirche Dresden, he was awarded the first national prize from the German National Foundation in 1997. In 2000 he received the Claus Brendel Prize for his meritorious service to the works of Johann Adolf Hasse. In March 2006, Ludwig Güttler was awarded the German Fundraising Prize for his dedicated contribution to the reconstruction of the Frauenkirche Dresden. In September 2007 he was awarded the Federal Cross of Merit by President Horst Köhler, and in November 2007, was made an Officer of the Order of the British Empire (OBE).